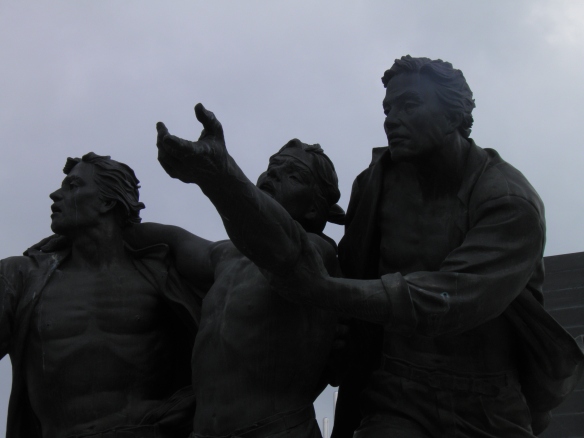 To the Friend by Kim Nam-ju

Good friends are not the people of this world any more.
Those alive have either been captured and imprisoned behind the cruel wall
or have become underground water and run silently.
Some went beyond the night and float as ghosts.
Comrade, don’t lose your faith in victory.
Now is the time to stand trials and endure.
Train your heart and body, for the future is beautiful,
and it is ours.

The time to say good-bye has come.
With the courage that you showed to me,
with the weapon that you left, I take off,
mulling over the words you embodied:
true living comprises not possessions
but endless adventures toward being;
only in battle can a human be born anew every moment;
revolution can achieve its goal only in execution.

Kim Nam-ju (1946-1994) was born in Haenam, Jeollanam-do and studied English at Chonnam National University. He is known as one of the major resistance poets in South Korea, leading the people’s movement in the 1970s and 80s that ultimately toppled the dictatorship in Korea. Because of his activism, he was imprisoned twice, for more than ten years in total. In prison where paper and pencil were not allowed, he wrote many poems on milk cartons with the nail he made by grinding a toothbrush. These poems were later published in two collected volumes of his prison poetry, The Sunlight on the Prison Bar. His poetry bears witness to the tyranny of dictatorship and the hardships of the oppressed. He published such poetry collections as Requiem, My Sword My Blood, One Fatherland, The Weapon of Love and In This Lovely World. He received the Yun Sang-won Literary Award in 1993 and the National Literary Award in 1994. His poems have also been memorialized by Korean activist, rock singer An Chi-hwan in his album entitled Remember.