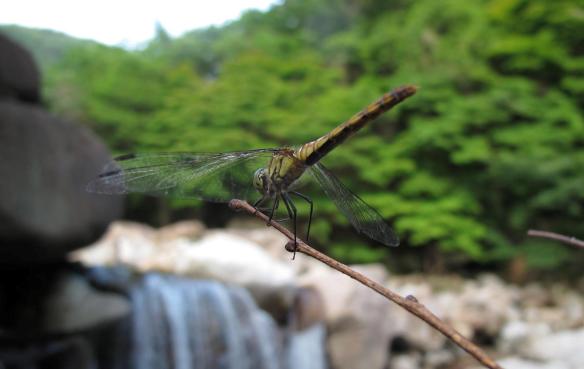 An Autumn Day by Lee Si-young

A dragonfly sat on the end of a persimmon branch
and dozed off all day.
Even with wind, it did not shake;
even with a cold rain smacking the branch,
it did not move over.
When I quietly approached it,
I was startled to see,
right there, it had arrived in Nirvana.