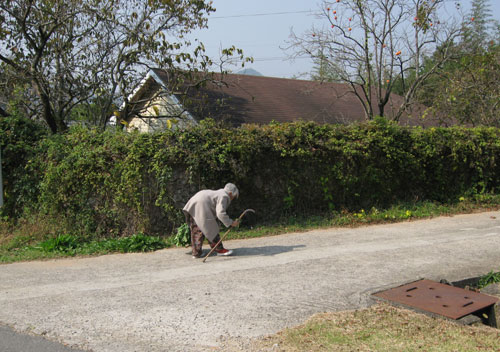 The grandmother who lives alone visits the district office. So bent, she looks like a snail.
She walks up the alley unbearably slowly, as if licking her life, hiding her hungry belly, folded in upon itself. At the end of the serpentine alleyway, she squats down alone, dangling;
she resumes walking and rests again. Below the electric pole, why, a dandelion blossom is yellow. At the bottom, the end of her memory

Yellow, starved of milk. When are you going to climb over the sky’s summit, dangling?

As the kettle’s top breaks off, a birds flies away some point in time.