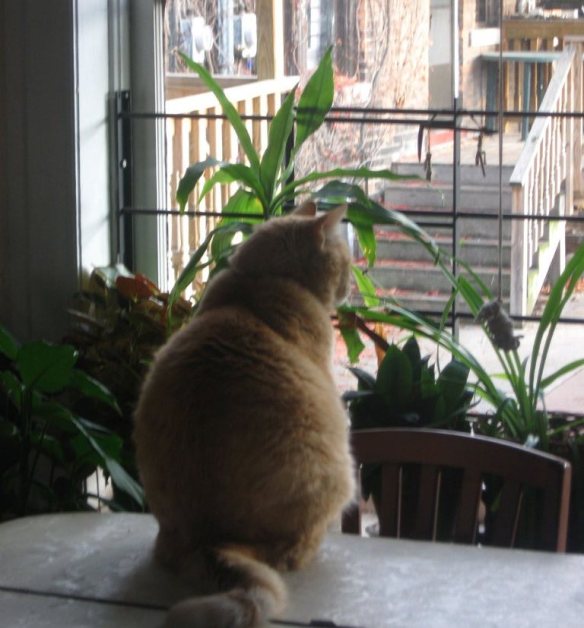 Above the Roofs by Hwang In-suk

I look over tiled roofs, slate roofs, concrete roofs,
canvas-covered roofs,
waves of roofs, hills and plains.
I look over every corner,
even the crevasses and caves, folds and gaps
that the roofs embrace.
Wow, if these roofs unfolded,
how many times would they wrap around the earth?
While imagining this, a cat enjoying sun bathing, outstretched on a silvery tent,
lifts up its head to look around as though feeling a gloomy foreboding,
and fixes its gaze upon me.
It appears to be in a bad mood.
Don’t worry, my body feels too heavy
to share your space.
Cats are users of empty air spaces.
The energy circulating inside their bodies
sends them up and up
and leads them to discover this vast territory.
Cats, addicts of adrenaline,
find thrill in tilted roofs, wobbly ceilings,
in other words, slantedness,
and empty spaces between roofs.
As if roofs give birth to cats,
up and up the cats soar to the roofs.