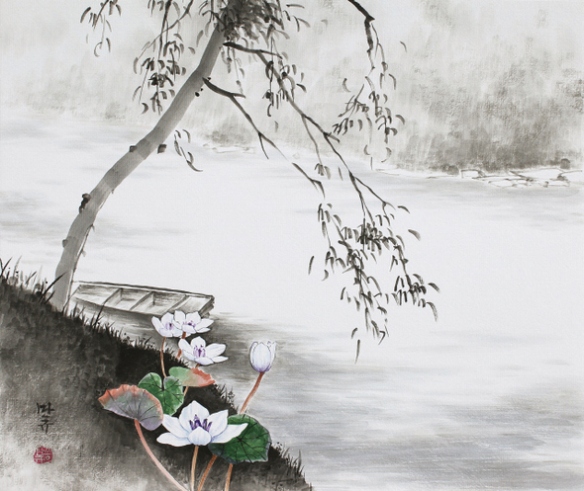 Follow the Sumjin River during the drought.
Even though those wretches steal it time and time again,
brooklets of Jeolla-do collect like capillaries and flow
in the dusk, on the darkening  riverbank.
It decorates the clover like white rice, and
the milk-vetch like charcoal fire.
It draws in darkness
to the riversides of villages that don’t appear on maps
and to plants that don’t appear in plant encyclopedias,
and ceases the darkness.
It hangs up a flower-patterned lamp
that enlightens the darkening brows.
As it flows and flows, and gets choked up,
it calls in the branch that flows into the Youngsan River
and, out of joy, embraces it enough to crush its bones.
Follow the Sumjin River
that turns around the plump Jiri mountainside,
and see if its water will dry up
when those wretches rush in and steal it away.
Watch Jiri Mountain wash its face in the dusky river
and rise up with hearty laugh to look at Mudeung Mountain
to ask if it is true, and Mudeung Mountain glowing in the sunset
will nod its bright brow and agree with Jiri Mountain.
Follow the Sumjin River to see if it will dry up
just because some wretches steal it away.

Kim Yong-taek (1948- ) was born in Imsil, Jeollabuk-do. With lyrical (often regional) vernacular, he has written many poems about undamaged agricultural communities and the profound beauty of nature. His poetry collections include The Sumjin River, A Clear Day, Sister, The Day Is Getting Dark, The Flower Letter I Miss, Times Like A River, That Woman’s House, and Your Daring Love. He also published essay collections such as A Small Village, What’s Longed for Exists behind the Mountain, A Story of the Sumjin River, and Follow the Sumjin River and Watch. He was awarded the Kim Soo-young Literary Award (1986) and the Sowol Poetry Award (1997). He currently teaches at Woonam Elementary School. 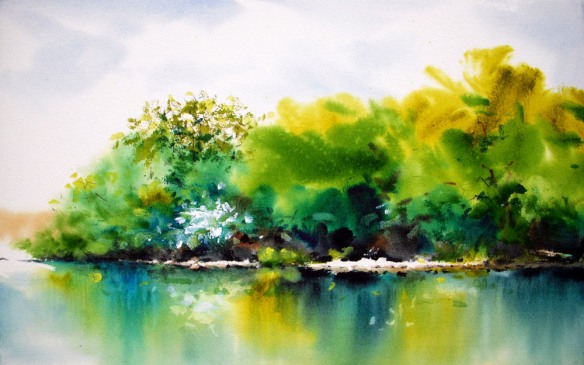