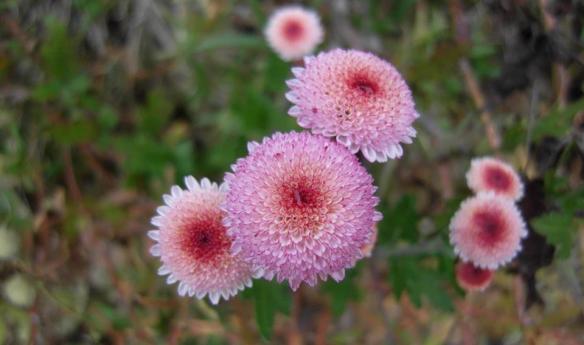 Beside a Chrysanthemum by Seo Jung-ju

Perhaps
to make a Chrysanthemum bloom,
the owl must have cried since spring.

Perhaps
to make a Chrysanthemum bloom,
the thunder must have cried in the dark clouds.

Oh, Chrysanthemum, looking like my elder sister,
who stands in front of her mirror
after a long journey through the back alleys of her youth,
her heart tightened by her longings and regrets.

Perhaps
to make your yellow petals bloom
the first frost must have fallen last night.
I could not sleep.

(Darcy Brandel read an earlier version of this translation.)

Seo Jeong-ju (1915 – 2000) was born in Gochang, Jeollabuk-do. He is considered the founding father of modern Korean poetry. Under the pen name Midang, he published at least 15 collections of poetry. He taught Korean literature at Chosun University, among others. He was also nominated five times for the Nobel Prize in literature. His grandmother’s stories and his interest in Buddhism had a strong influence upon his writing. His works have been translated into a number of languages, including English, French, Spanish and German.