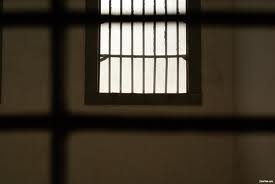 The Sunlight on the Prison Bars by Kim Nam-ju

When I reach out a hand,
the sunlight lands upon it and looks lovely.
When I angle my cheek towards it,
it settles in and warms it.
As fall comes,
it becomes longer and longer—
as long as the squirrel’s tail.
When it wraps around my neck,
it becomes the scarf my sister knitted.
When it touches my lips,
it becomes a memory of old love
that we once exchanged.

Kim Nam-ju (1946-1994) was born in Haenam, Jeollanam-do and studied English at Chonnam National University. He is known as one of the major resistance poets in South Korea, leading the people’s movement in the 1970s and 80s that ultimately toppled the dictatorship in Korea. Because of his activism, he was imprisoned twice, for more than ten years in total. In prison where paper and pencil were not allowed, he wrote many poems on milk cartons with the nail he made by grinding a toothbrush. These poems were later published in two collected volumes of his prison poetry, The Sunlight on the Prison Bar. His poetry bears witness to the tyranny of dictatorship and the hardships of the oppressed. He published such poetry collections as Requiem, My Sword My Blood, One Fatherland, The Weapon of Love and In This Lovely World. He received the Yun Sang-won Literary Award in 1993 and the National Literary Award in 1994. His poems have also been memorialized by Korean activist, rock singer An Chi-hwan in his album entitled Remember.